Library Nerd Out of the Closet


You know that weird moment when you’re in a coffee shop and a newspaper photographer is taking your picture? Yeah, me neither. Until last Monday.


I blogged some time ago about becoming comfortable with, what I called, ‘coming out of the erotica writer’s closet.’ You can read more about my thoughts on that here and here but the gist of it is I had been keeping my erotica writer self to, well, myself. She was my sexy alter ego no one else knew about. But last year I started to let her out. Slowly. Even now, though, the majority of the time I am your typical working mom, nothing to see here, and the shy part of me likes it that way.


You would think that since it’s been over a year since I wrote those entries I would have come a long way in my journey to be comfortable and proud of my passion for writing kink. I might have even told you I had. But a recent news item in my home town of Toronto made me realise that perhaps I am not so chill. What I am referring to is the firing of popular radio show host Jian Ghomeshi from his long term position with the CBC. Earlier this week Ghomeshi put up a post on his Facebook page stating, in essence, that the CBC fired him for participating in a consensual BDSM relationship with a now jilted ex girlfriend. I immediately was outraged. How could a person be fired for consensual acts that he was involved with in his personal life?? I quickly threw up several tweets to express my disgust with this injustice.


What does this have to do with little ol’ me, on the other side of the world, having my photo taken for the SA Weekend? Not much. Except that it gave me pause. It reminded me that, Ghomeshi aside, there are actually people out there who have been treated unjustly based solely on consensual relationships which may seem different to others. I write about these kinds of relationships. I think they’re pretty …nifty!


But I’ve calmed down.


And here is my book. 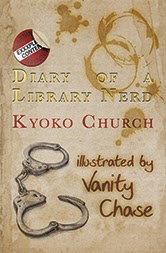 Charlotte Campbell no longer recognizes her life. Once a shy, married woman who loved curling up in front of the latest episode of Downton Abbey almost as much as her job at the library, she’s now found herself jilted, holed up in her dead father’s run down old cottage and demoted to working in “the Dungeon” with only the automated book sorter for company.

But Charlotte has secrets. The kinds of drawings she does are not what her work colleagues might expect. Then there’s Nathan, a young patron at the library and the reason for her demotion. What happens with Nathan provides Charlotte with much fodder for her art.

When Nathan’s emails reveal a startling truth, Charlotte discovers a new dimension of her sexuality. But unsettling dreams from her past continue to plague her and Charlotte is eventually forced to confront her most deep rooted fears.

Part Bridget Jones’ Diary and part Anais Nin, Diary of a Library Nerd is the Wimpy Kid book for adults. Every bit as readable, the drawings will shock and thrill you while you cheer Charlotte and her artwork through to the dramatic conclusion.

Something to say? Don't tease me!

Diary of A Library Nerd 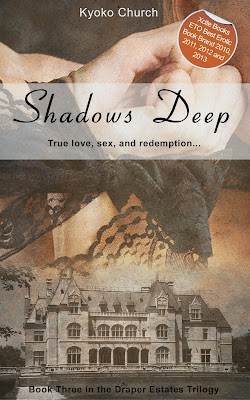 Can't Get Enough: Erotica for Women

For links to all my stories, visit my BUY ME page!